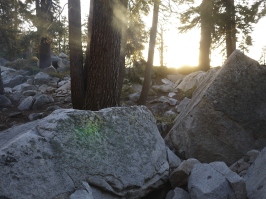 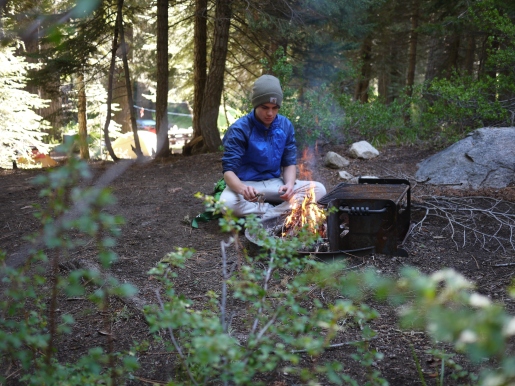 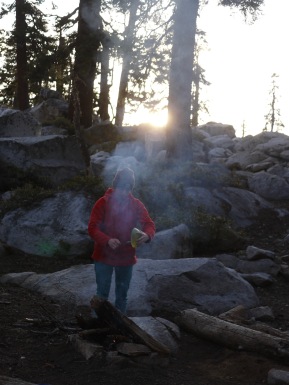 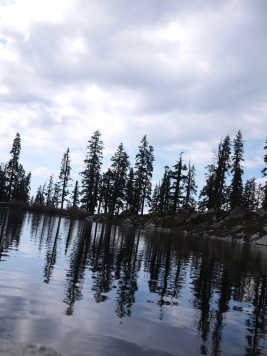 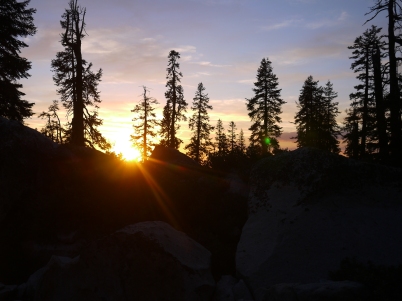 When you walk uphill with a bag on your back at altitude, you can’t talk. Even if the terrain maintains the same gradual slope for hours, and you’re stuck with just yourself.

People get mad when I refer to hiking as walking. The stupid thing is, it is walking, just up and down mountains with shit on your back.

It’s a mind game. Unless you’re a super talented Mind Emptier you have to think of things to keep your brain occupied so you don’t go crazy looking for bears coming out of nowhere. Too much thinking is why I’m writing this right now. I wouldn’t have thought of it otherwise.

We went to a lake; I won’t tell you which one. There are very few pictures of it on the internet, and I want it to stay that way. The point is that you have to walk there.

Actually, before you walk there, you have to drive on a road that is only 25 miles long but takes over 2 hours to get through, which my brother helpfully described as a Mario Kart level. We passed 10 cars on the way down the road, which is one car wide and mostly winds along a cliff. Probability was not in our favor, but luck was.

A lot of people don’t know what it’s like to be in nature in solitude. In December Max and I went on a walk where we didn’t see any people for more than 2 days. One of the goals of the Wilderness Act of 1964 was, in part, to preserve solitude in nature, establishing quotas to prevent over-visitation of popular areas. It defines one of the traits of a wilderness area as somewhere with “outstanding opportunities for solitude.” The solitude starts to drive you crazy too though, at some point. We didn’t spend a day on this trip without seeing another person, but the hours we spend at the lake, while it was Our Lake, were precious.

We sat in the sun with nothing urgent to do. We caught loads of brook trout, but didn’t eat any. We brought fresh cilantro. We learned some lessons. The moon was full. We played travel Yahtzee.

On the way home we stopped for smoothies and drove across California with the sun in our eyes.

One thought on “Walking, Waiting”

What do you think? Cancel reply